Articles » Dr. Paul Urban: Sudden Cardiac Death is what it says … unless

Dr. Paul Urban: Sudden Cardiac Death is what it says … unless 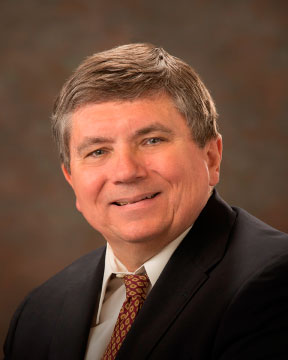 Nearly two weeks ago I attended a concert at Circle Square Commons at On Top of the World. During the opening number Scott, the bass player, suddenly collapsed. In response to a call for medical help, I mounted the stage to assist. Scott had a chin cut, but the blood was merely a distraction. Scott was pulseless and lifeless.

I immediately began CPR — the new kind where mouth-to-mouth breathing has been eliminated. An Automatic External Defibrillator (AED) was brought forward, and I used it to shock Scott’s heart back to a normal rhythm. He was conscious when the paramedics transported him to the hospital. A cardiac procedure showed that he had extensive heart disease. He underwent a four-way heart bypass and left the hospital fully ambulatory and awake.

Scott is one of over 300,000 Americans who will suffer Sudden Cardiac Death (SCD) this year. SCD is usually caused by the sudden onset of a malignant heart rhythm. Often there are no warning symptoms. If the event is unwitnessed, the survival rate is around 6 percent. Unfortunately, most events occur in the home or non-public places and are not witnessed. If the event is witnessed, the national survival approaches 30 percent. Survival improves with bystander CPR and prompt defibrillation (cardiac shock). In cities such as Seattle, extensive public CPR training has led to survival rates over 40 percent. The new CPR guidelines eliminate mouth-to-mouth breathing, so hopefully more bystanders will perform CPR. It is indeed difficult to kiss a dead stranger.

The single most important variable for survival is time from cardiac arrest to defibrillation. Survival decreases 7-10 percent for each minute that defibrillation is delayed, and is very unlikely after 10 minutes without a shock, even with ongoing CPR. Trauma surgeons talk about treatment in the first hour after trauma as crucial to survival. In cardiology, it’s more like the “first frantic five minutes.”

Scott had the good fortune to collapse in a public place where CPR was started promptly and an AED was readily available. Prompt application of these two variables results in higher survival rates. The best place in the U.S. to have a cardiac arrest is in a Las Vegas casino, with survival rates of greater than 70 percent. Downtime before CPR is short, and there are a lot of AED’s around.

Sudden Cardiac Death usually occurs in diseased hearts, so prompt hospital transfer and further care is mandatory. At the hospital, when Scott was more awake, he related a similar but less severe episode two years ago, and a lot of recent “heartburn.” Tests showed that he likely had a least one previous heart attack, showing how silent or underwhelming the symptoms of heart disease can be.

The best treatment of SCD is prevention. Since SCD usually occurs in unhealthy hearts, treatment of well recognized risk factors such as high blood pressure, high cholesterol and cigarette smoking reduces the odds of heart disease and of an attack. A heart sonogram can detect decreased heart muscle function, another risk factor for SCD. A stress test can be useful in screening for coronary artery disease and previous heart attack.

Not all SCD is survivable, but prevention and prompt treatment improve the odds. Scott was in the right place at the right time, where the true star of the show was the AED. A lot of his 300,000 brethren will not be so fortunate.

— Dr. Paul L Urban, a/k/a “Tie Dye Man,” is a board-certified clinical and interventional cardiologist who has been practicing serving Ocala for more than 25 years.